Dr. George Nicholas Papanikolaou was born May 13, 1883 in the town of Kimi on the island of Euboea, Greece and educated at the University of Athens. In 1928, when he was an obscure Cornell Medical College researcher, he reported in a medical journal on a "New Cancer Diagnosis." He outlined his theory that cancer of the uterus, which was then one of the leading causes of death in women, could be detected by a microscopic examination of a vaginal smear. The test seemed far simpler than the standard system of surgical biopsy.

His theory was ignored by most physicians for the next decade, but in the late 1930's, Dr. Papanikolaou resumed his studies, and in 1943 his new findings showed conclusively that such vaginal smears could indicate uterine cancer before any other symptoms had appeared.

His findings then won total acceptance, and the "Pap test" for women helped cut the national death rate from uterine cancer nearly in half in less than 25 years. Thereafter, Dr. Papanikolaou won international acclaim, but he continued his work at Cornell, where he completed a 48 year association. He then took over a research institute in Miami, Forida, which was named after him, the "Papanikolaou Cancer Research Institute at Miami." Only a few months later, Dr. Papanikolaou died, at the age of 78.

In one of his last letters, he wrote to the Order of Ahepa:

Due to my recent moving to Miami, Florida I have just received your announcement of the 60-day campaign initiated by our great organization for the purpose of raising funds for our new Cancer Research Institute here.

I am very deeply touched by it and I can find no words to express to you my sincere appreciation and gratitude. Our Institute will be dedicated to research on problems related to the control of cancer, particularly through the further development and wider application of the method which was originally devised in our laboratory. It is now generally recognized that our greatest hopes for controlling this dreaded disease is through its detection at an early, curable stage.

The valuable assistance and support you so graciously propose to give us at this crucial moment is indeed a very generous gesture which is most deeply appreciated. 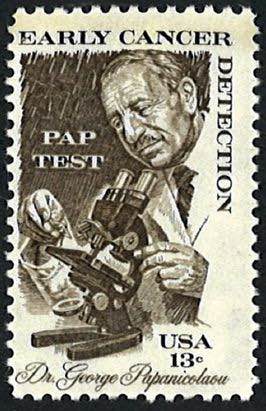 In 1978, Dr. Papanikolaou's work was honored by the United States Postal Service with a 13-cent stamp

Google's Doodle celebrates Georgios Papanikolaou, the Greek cytopathologist who worked with his wife to develop the life-saving medical test known as the Pap smear.

Born on the Greek island of Euboea on this day in 1883, Papanikolaou grew up the son of a doctor. Although he initially studied music and the humanities, he later chose to follow in his father's footsteps and go into the medical field.

Papanikolaou started medical school at age 15, and after graduation served as an army surgeon in the Balkan wars. In 1913, he immigrated to the U.S. with his wife, Andromachi Mavroyenis. The couple initially struggled to make a living—Georgios sold carpets and played violin in restaurants and Mary sewed buttons for $5 a week—until he was recruited as a researcher at Cornell University. There, Georgios worked alongside his wife who served as a technician and sometimes test subject.

The couples' scientific breakthrough came after recruiting a group of close friends to participate in a study for their research, which involved undergoing Pap smears. During the study, Papanikolaou detected malignant cells in one guest's sample, diagnosing his wife's friend with cervical cancer. Still widely used today, the simple, low-cost “Pap smear” makes early detection of cervical cancer in women possible, slashing fatalities in half (based on some estimates).

Nominated twice for the Nobel Prize, Papanikolaou received the Albert Lasker Award for Clinical Medical Research in 1950 and his portrait appeared on the Greek 10,000 drachma banknote as well as a 1978 U.S. postage stamp. A Miami cancer research institute that hired him late in his career was also renamed in his honor. 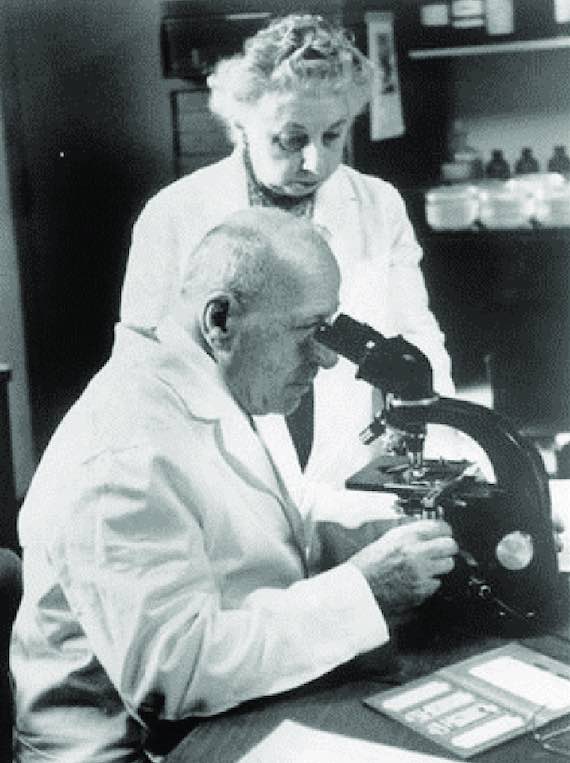