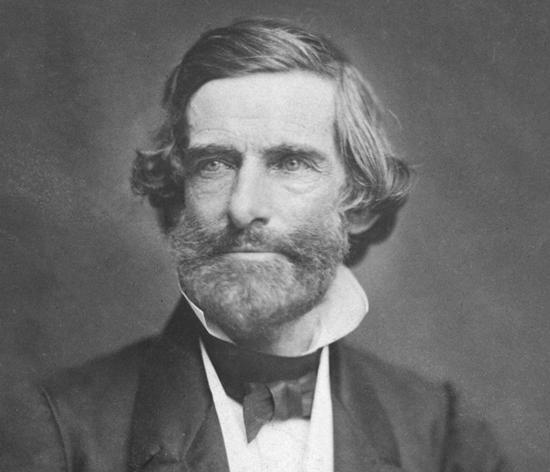 Dr. Samuel Gridley Howe, who completed his medical studies at Harvard University in 1824, departed that same year for Greece, to observe the struggle for independence and to assist the Greeks. He was horn in Boston, November 10, 1801; graduated from Brown University in 1821; received his medical degree from Harvard.

He was the author of a book, "An Historical Sketch of the Greek Revolution" which was published upon his return to America, and which received wide readership.

Dr. Howe stayed in Greece from his arrival at the close of the year 1824, until November 13, 1827, when he departed for the United States. On November 12, 1828, he arrived back in Greece at Aegina, and stayed until June of 1830, when he returned to America to continue his professional career as a doctor.

While in America between the trips to Greece, he spent almost all of his time campaigning for Greek Relief, lecturing in behalf of the many Greek Committees in the United States, and working on his book for publication.

During his first years in Greece he was a surgeon in the Greek armed forces and was given the title of "Surgeon-in-Chief" by the Greek government. Dr. Howe also took part in several engagements, wore the foustanella on some occasions, and gave invaluable service to the Greek forces.

On his second trip to Greece he escorted a large supply of American materials, which he distributed to the Greek war refugees, with the assistance of Jonathan P. Miller and George Jarvis.

Dr. Howe again visited Greece in 1844 for a brief time, and in 1867 he returned to Greece with his family, at a time when the Cretans were fighting for freedom from Turkey. 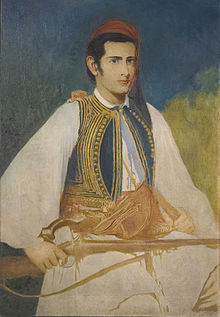 LETTER TO AHEPA FROM HOWE'S DAUGHTER

In the early part of the year 1932, Mrs. Maud Howe Elliott of Newport, R.I., sent the following letter to the Order of AHEPA, about her father, Dr. Samuel Gridley Howe:

"Dear friends of the AHEPA, I send you my loving greetings and only wish I could give them in person at this meeting commemorative of the first centenary of Greek Independence. Looking back these hundred and more years I seem to see the face of my father, a young man of twenty-three years of age, who in the year 1824, just at the beginning of his career, after having been graduated from Brown University and Harvard medical school, turned away from the beaten path of his profession, and alone and against the advice of his parents and his friends, embarked on a small sailing vessel for the Mediterranean, landing near Navarino and reaching Tripolitza in the winter of 1824-25.

"In his first letter home he writes to his friend, William Sampson:

"I hope to reach Greece before the first of January. If I succeed in getting a commission in their army or navy, I shall remain in the country for some years, perhaps for my life."

"First of all I am sincerely glad I have come to Greece. My commission as army surgeon is filled out. As for my salary, I have nothing and care nothing about it; the government is not able to feed and clothe their poor suffering soldiers, and I have not the heart to demand money. I have clothes enough to last a year and at the end of that time, if not before, I shall probably put on the Greek dress."

"He did put it on, and in memory of his wearing of the uniform you all know as that of the evzones, my husband, John Elliott the artist, made several portraits of him, one of which is in Brown University, another in the Ethnological Museum in Athens.

"I quote again from a letter to his friend Horace Mann, in which he gives a vivid picture of those years, when he wore the fustanella and fought the great fight which freed your race:

"In the winter, the much-dreaded expedition of Ibrahim Pasha, with the Egyptian army, landed at Modon. Attempts were made by the Greek government to get up an army to oppose them, and Mavrocordatos came to the south of Peloponnesus with such forces as they could raise. At first there was an attempt to organize the army, and I attempted to create hospitals and to provide ambulances for the wounded. But after the capture of Navarino by the Turks, everything was thrown into confusion.

"Mavrocordatos fled to Napoli. The dark day of Greece had come. All regular opposition of the Greeks was overcome. The Turks advanced fiercely and rapidly up the Peloponnesus. I joined one of the small guerilla bands that hung about the enemy, doing all the harm they could. I could be of little or no use as surgeon, and was expected to divide my attention between killing Turks, helping Greeks, and taking care of my bacon.

"I was naturally very handy, active and Lough, and soon became equal to any of the mountain soldiery in capacity for endurance of fatigue, hunger, and watchfulness. I could carry my gun and heavy belt with yataghan and pistols all day long, clambering among the mountain passes, could eat sorrel and snails, or go without anything, and at night lie down on the ground with only my shaggy capote, and sleep Iike a log."

"As far as I have ever been able to learn Samuel Gridley Howe was the first American boy to cross the seas and volunteer to fight for freedom in any European country. He was a pioneer in this as in many other things. During the world war, when I watched the troops of young soldiers and reservists drilling, marching, preparing for their share in the terrible world conflict, I always saw with the eyes of the imagination, the picture of that handsome boy, my father, marching in the van of that great army of men among whom were the sixty-five thousand American soldiers of Greek blood, who proved so important a factor in our victorious army."

The following excerpt is taken from one of Dr. Howe's letters:

"Greece is my idol, and the sufferings and privations I have endured in her cause have rendered her fate and her future to be more interesting. I can say sincerely that I have found the Greeks kindly, affectionate, truthful, grateful and honest. There is a spark left of the spirit of ancient Greece which four hundred years of slavery has not been able to blot out."

Professor Allison describes the life and accomplishments of Samuel Gridley Howe, founder of the Perkins School for the Blind and husband to Julia Ward Howe.

Samuel Gridley Howe, 1801-1876, was the founding director of the Perkins School for the Blind. He attended Brown University and Harvard Medical School and was a soldier and surgeon in the Greek War of Independence. He is best remembered for his work with Laura Bridgman, a pupil at Perkins who was deafblind and one of the earliest individuals with deafblindness to learn language, and the first American to do so. Howe was a prominent leader in the field of blindness, printing for the blind, and other social justice and educational reform movements in the United States. He was married to Julia Ward Howe, suffragist and author of the Battle Hymn of the Republic.
(Source: Samuel Gridley Howe Collection, Perkins School for the Blind) 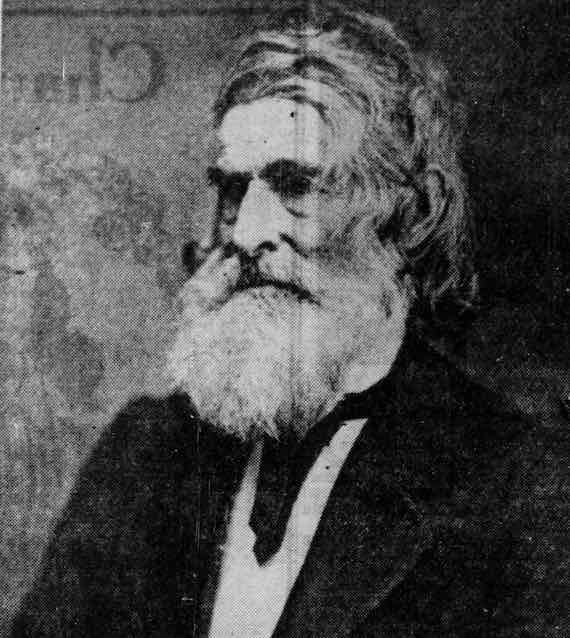 Dr. Samuel Gridley Howe Fought in Their Revolution Against Turks>

As the Greeks again fight fiercely for freedom, those who know their Boston lore recollect the great ser vices in the Grecian cause a century go of Dr. Samuel Gridley Howe one of whose ancestors was a leader in the rebellious Boston Tea Party. After graduating at Harvard Medical College in 1824, Dr. Howe went to Greece to join her revolution against the centuries-old yoke of the infidel Turk. Returning home once, he led in collecting $60,000 here in the East, a large sum for those times, with which several boatloads of food and clothing were sent over to the starving, ill-clad people in whose fight he had risked his own life, Finally they called Dr. Howe "the Lafayette of the Greek Revolution."

Boston was early termed "the Athens of America" because of this ancient community's manifold contributions in thought and action to the light and leading of the growing nation. In Dr. Howe's young man hood an Oxford-promoted movement had generated in England and in this youthful republic a powerful wave of Philhellenism, a profound sympathy with the strivings of a great but conquered people.

Instinct with feeling for the "underdog" everywhere as his subsequent efforts against enslavement of the blacks, and for the reclamation of the blind, for mercy to the mentally sick and inmates of prisons, were to prove Dr. Howe went abroad hoping to aid the revo lution by his services as surgeon. The poet Byron, whom Dr. Howe was never to meet, was even then in Greece.

The nature of the fighting on the rough Greek terrain induced Dr. Howe to cancel his original idea of setting up a field hospital. Instead he joined the guerilla warriors in their fighting among the mountain crags and ravines, was often under fire, and several times contracted fever.

In his letters and journals as later published by his daughter, Laura E. Richards, Dr. Howe recorded: "I joined one of the small guerilla bands that hung about the enemy doing all the harm they could. I could be of little or no use as a surgeon, and was expected to dMd my attention between killing Turks, helping Greeks and taking care of my bacon.

"The Greeks could climb like goats; shoot from any advantage or disadvantage; find cover behind any tree or stone. To the more disciplined Turkish troops, one huddle of mountains was very like another. They never knew what rocky bar rier might suddenly burst into flame. what deep ravine blossom with musket smoke. The Greek soldiers were ill-fed, worse clothed, and practically not paid at all but they were fighting for their lives and the lives of their women and children."

For the glory of this fight for freedom, and without complaint, Dr. Howe endured with his kilted fellow-warriors the fatigues of the fight and the hunger, living for months on mountain mails or wasps. He said later, of the wasps: "Not at all bad, roasted to a crisp and strung on a straw like dried cherries."

When he returned home lor a short time to solicit funds for relief and rehabilitation in a tour of eastern cities, it was said of his talks that "his words appeared like burning torches." Eventually he re-established himself in his native Boston, to carry on works of broad humanitarianism. He brought with him as his secretary a young Greek who was to become the husband of Julia Romana Howe, the daughter of Dr. and Mrs. Julia Ward Howe. This' young man, Michael Anagnos, was in the years afterward to have a distinguished career for himself here in Boston, mainly in his work at the Perkins Institution for the Blind.